One of my contributions to our entry into the Sci-Fi London 48 Hour Film Challenge 2013 was the closing credit sequence:

Our film was based on the following criteria:

Title: “Crosses”
Dialogue: “There’s no way of knowing I’m afraid. Only time will tell”
Prop: “A torch – A character shakes the torch, pulls it apart, and puts it back
together again. It still doesn’t work.”

We came up with a complex yet tight script involving time-travelling cops, the fight actors (including one untrained!) developed some kick-arse fight scenes, I knocked up some props and tattoos and we shot a beautiful, tense, cohesive film.

As with most creative products though, the ‘finishing’ is at least as much work as the creation. The second night of the 48 hours was spent packed into a tiny hostel room, where a truly stunning number of macbooks were put to work on the editing, graphic effects, scoring, sound design and grading of the film. Alongside them all, I was in the corner making 8 seconds worth of credits (Final version has an extra 4 seconds to credit the installation artists).

As our composer was creating the score live from Germany, the editors pulled together a rough cut to give him an idea of what we’d made. I snagged a copy of this, identified key moments from the narrative, and selected dynamic and interesting stills to represent them. Manually tracing the stills gave me silhouettes, with which I created a huge spread which the final animation explores, reflecting the journey of the film. It was great fun to apply what I know of storyboarding, composition and comic design to creating something dynamic, stylish and exciting. 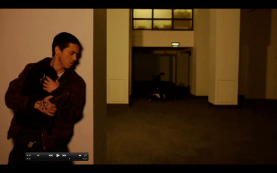 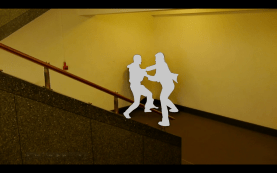 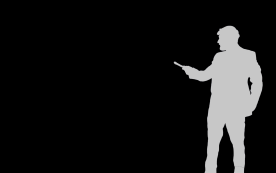 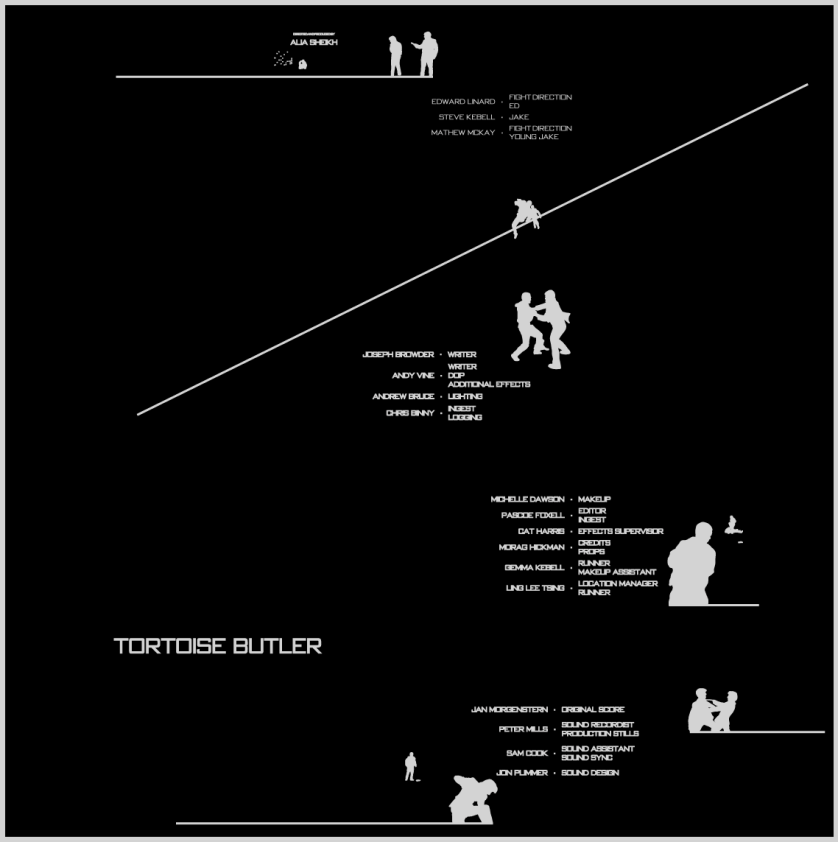