It’s Monday 4th April 2011, 3am. I’m in the middle of a dream about travelling through time.

I jolt awake. Looking around, I see I’m on the only bed of a small hotel room. The room holds three other people, two of whom work on laptops and pay no attention to me, one of whom stands over me, holding out a cup of tea.

I have no idea who these people are.

As my memory floods back in, it turns out I have met these people before, albeit for the first time only two days earlier and in highly peculiar circumstances. For about half the time since I’ve known them I’ve been wandering around the Kew Bridge Steam Museum in one of two costumes- either dystopian machine-slave dressed in torn-up sheet or dapper top-hatted resistance fighter. For the other half I’ve been sitting in various tiny out-of-the-way spaces (the most recent being this hotel room), in front of Final Cut, steadily going insane as I work on cutting a short film together.

We’re doing the Sci-Fi London 48 Hour Film Challenge. You get given a film title, a prop and a line of dialogue at the beginning of the weekend and have to hand in a science-fiction film, including all of those criteria, by the end. We’re now in hour 39 of the challenge and I’ve just had my first (very short) sleep of the challenge. It hasn’t helped- I feel worse now than before. 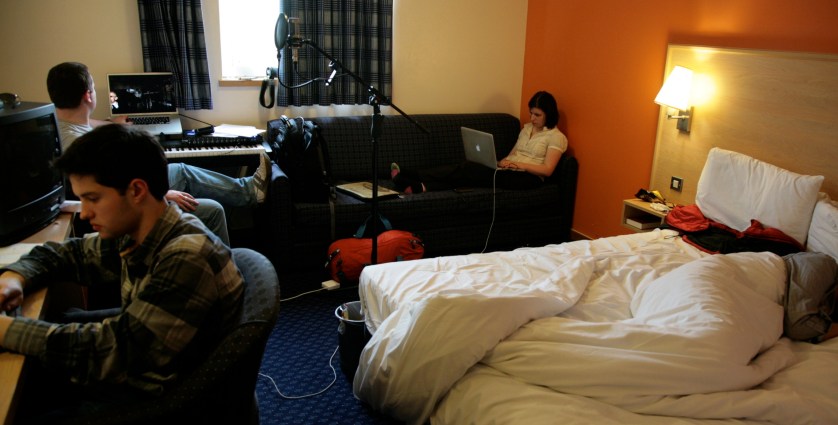 The people around me are those still left after all the filming finished, the post-production team: Cat on VFX, Jon on sound and me on editing, as well as Alia, the director, the one holding the cup of tea. This production team, known as Tortoisebutler, needed an editor ASAP- I was a friend of a friend of a friend who said he could edit. One week later and I’m cutting together their movie.

Despite my dream, the film is not about time-travel. In fact, now that I’ve come to know this group of people in the years since, it’s especially surprising it isn’t about time-travel- the device seems to turn up a lot in their films (check out 2013’s challenge film, ‘Crosses’, for my favourite).

The film is instead a sort of steam-punk cousin to ‘The Matrix’, depicting a rebel group’s attempts to free enslaved humans from the grip of the overlord machine race. The machines are being played by the massive, marvellous steam-engines of the Kew Bridge Steam Museum, who were kind enough to not only let us shoot there, but also to switch on the machines specifically for scenes in our film. 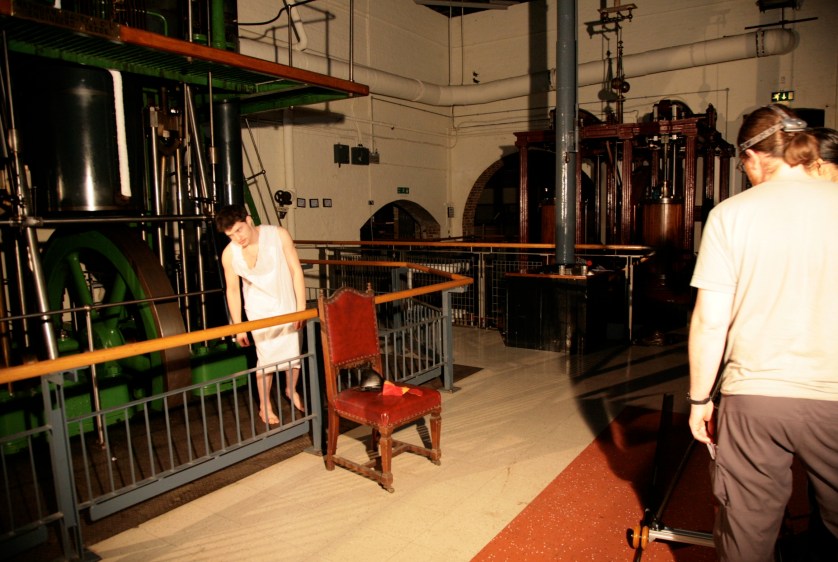 Slave to the Machine. And the Director.

Editors usually hate it when their job is misrepresented as “cutting bits out of a film” or “making it shorter”, but in this particular case, that’s actually a large part of what I need to do. The challenge organisers only accept films of five minutes length, maximum. Our film could easily stretch to double that. As the 48 hours run down, Alia and I strive to chop big chunks of story out of the film, using elliptical voice-overs, nightmarish jump-cuts and highly dramatic music from Jon to paper over the cracks.

We do manage to finish and hand in the film, ‘Butterfly System’, on time, only moments before the deadline. The final product is mad as anything, but I love it very much. My dad tells me he understands the plot, although I haven’t quizzed him on the specifics. You can watch it for yourself right here..

Three years, two more sci-fi film challenges and various other projects later, and we’re about to enter into another insane weekend of film making. We get the criteria 10am on the morning of Saturday 12th April, just two days from now.

It’s going to be a very strange 48 hours. I cannot wait.